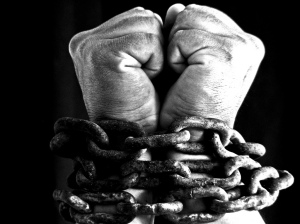 Now, let me be clear of what I am saying and what I am not saying. For sure, we as people, should be respectful of all people. Myself, being a Christian and believing in what the Bible says, seek to show respect and love toward all people regardless of what they believe or how they live. So, this post is not arguing that anyone should be unkind or disrespectful to other people, for that would go against everything that my faith in Christ professes.

But, that is not how the word “tolerance” is used in our world today. In today’s world, tolerance has almost become a religion. It has become the word that condemns anyone who takes a stand on morals, beliefs, ideas, or lifestyles that calls other morals, beliefs, ideas, and lifestyles wrong. To call someone else wrong is not tolerated in the religion of tolerance. On the platform of the tolerance party is the idea that all is right, or at least not wrong, all is acceptable, all is true, or at least not false, and no one is to question another person’s “truth” or impose their own on them. I find this enslaving on many levels as well as dangerous.

First of all, it is simply irrational. The religion of tolerance is causing us, especially the next generation, to think and reason less. It is trying to force everyone in the same box, and that box is labeled “not allowed to think”. To tell everyone that all morals, beliefs, ideas, and lifestyles are right and true is to force people not to question anything. If we can not question anything, then we lose our ability to think and reason through differing philosophies and ideas and question where they might be wrong or harmful. Today, to call someone else wrong is considered hate. Why is that? What if they are wrong? Can we not call someone wrong and show love at the same time? Why is that hate? Could calling someone wrong actually be loving them? Is it not hateful to let someone think they are right when in fact they are not. Romans 12:9 says, “Let love be genuine”. Some translations say, “Let love be without hypocrisy.” In the area of tolerance, it is hypocrisy to say you love someone and then say nothing about wrong decisions they are making and hurtful lifestyles they are practicing.

Today’s idea of tolerance is irrational. We are fools to think that two differing and contradicting ideas could both be right and true. If something is true, then it is true, regardless of the person. Truth does not originate in a person, but outside a person. Truth must be accepted, not imagined by individuals.

Here are a few examples. There are more, but I will try to restrict myself from dragging this out too much.

1. Bible-believing Christians believe God created our world and universe. Atheists believe we evolved over millions of years through natural processes of random selection. Both of these ideas cannot be true. Creation is not true just for Christians nor is evolution true just for atheists. The fact is, either one is right and one is wrong, or both are wrong. Truth does not depend on the upbringing or personal beliefs of a person. Truth is true and must be accepted or rejected. Now, Christians and atheists should be able to stand firm in their beliefs and still live peaceably in our world. But, in the religion of tolerance, people are discouraged to take sides, and even persecuted if they do.

2. Bible-believing Christians believe that Jesus is God because mainly of biblical evidence as well as extra-biblical evidence. Muslims believe Jesus was just a prophet, but not God. Jews reject Jesus as being from God. Atheists do not believe in God at all. Agnostics are not sure who God is. Hindus believe in hundreds and thousands of gods. Here are six differing beliefs, and their differences are major. But, in the religion of tolerance, it states all are right and true depending on one’s upbringing, nationality, or personal convictions. The rule of tolerance says that it does not matter what one believes as long as one has faith, and it is wrong to call a person’s faith wrong. That is one of the most unintelligent things a person could say. There is no rational to it at all. On this one, here is the bottom line: If Jesus rose from the dead as the Bible and it’s eye witnesses say, then He wins. He is God. And, what He said is true. All other faiths are false, not matter what one believes. Truth does not come from a nationality, or upbringing, or personal conviction. It comes from outside of us. What is true is true regardless of what a person believes. False beliefs do not become true simply because someone believes them strongly to be true. In other words, if Jesus did not rise from the grave, Christianity is false (1 Corinthians 15:14-19)

Example: due to the pressure to be tolerant to all beliefs, there is a religious group in my town that believes all faiths are good. The people apart of that group are kind and generous people, but they are misguided by embracing a belief that cannot stand. My seven year old can easily understand the faulty reasoning behind this faith. I would have better chances to build a house on Jello than believe what this group believes. But they say, “Can’t we just all get along?” Getting along has nothing to do with it. Of course we should get along. But embracing unintelligent faith is not the way to go. Why do we have to become dumb in order to get along. Why can’t I believe strongly and vocally that Jesus is the only way one can receive salvation and still get along with those that refuse to accept what I believe? The issue is not getting along. It’s that no one wants to be confronted by the fact that they might be wrong.

Here is an example to help illustrate my #3. In our schools today, there is a huge campaign on anti-bullying. Bullying has been a big problem in schools for a long time. I remember it being a problem when I was in school. I agree with today’s anti-bullying campaign except for one thing. The campaign has linked arms with the gay and lesbian groups. The anti-bullying symbol is the same rainbow. So, instead of teaching the students that it is wrong to bullying someone, they are teaching them it is wrong to say homosexual practice is wrong. This means, according to their view on tolerance, that I am a bully since I believe the practice of homosexuality is wrong and is a sin before God. Now to my knowledge, I have never intentionally been mean or unkind to someone that practices homosexuality. If I ever was, it was not because of their lifestyle. But, because my beliefs are not tolerated in our world of tolerance, I am a bully. But, the fact is, either I am right or “they” are right, but it has absolutely nothing to do with us. Morals truths are not individual decisions. I did not come up with my beliefs. I accepted the Bible as my standard because I believe it to be God’s word.

So, here are some of my final thoughts on this whole tolerance movement. Our world’s quest for tolerance is one that seeks to kill absolutes. Our world is quickly changing from a black and white mentality to an all is gray mentality. Many would say this is a good thing. They would say it will lead to a more peaceful world. I would argue the exact opposite. But, I do not have the time or space to develop that thought. But, here are some summary statements that I have on our world’s idea of tolerance.

1. Today’s Tolerance teaches fake love – for it promotes the idea that we should not or cannot voice our disagreements of other people’s beliefs, ideas, morals or lifestyles. It comes from a false idea that if we could just all get along problems will cease. The problem with that line of thinking is that getting along is not the major goal. Knowing what is true is. I am all for getting along. I think I am actually pretty good at it. But, given the chance, I will speak my beliefs firmly, but in love, because I sincerely care.

2. Today’s Tolerance forms gutless people – for it tries to forbid people to ask questions. People who will not ask questions will do whatever they are asked. This is a dangerous place to be. Our world’s philosophy has an agenda, and courageous people are not welcome in it, for they are the ones who will stand up for what it true, even if it is not popular.

3. Today’s Tolerance leads people to intellectual suicide – for it discourages critical thinking and rational reasoning. Our students in schools today are mocked for thinking outside the box and questioning what they are being taught. They are being indoctrinated by a world philosophy and they do not even know why they have to believe it, nor given the cognitive skills to question it.

4. Today’s Tolerance reduces cognitive thinking. To accept everything as true diminishes a person’s ability to think through important issues. On topics like: origins, existence of God, right and wrong, faith, as well as other items, today’s tolerance agenda seeks to force feed students to believe what they have deemed is right. The only problem is that no one is thinking about the question, “Who said they are right?” So, they question very little.

I read a blog this morning that I think gives the heart of this movement. In the blog, the writer made many statements like: don’t judge because I’m gay, or atheist, or say bad things. The writer goes on to say, don’t say anything to her if she drinks too much or does drugs. She says, don’t talk to her if she smells, or says hurtful things, or offends. Basically, the writer is saying, don’t say anything to her at all about her lifestyle, attitude, beliefs, or values; even if they are hurtful, mean, or offensive. In other words, tolerate her to the fullest extent possible.

So, I am refusing to be enslaved by the unintelligent thinking of today that says I must tolerate all beliefs, ideas, morals, and lifestyles. Those chains broke when I trusted my life to Christ. I am free from the bondage of trying to justify myself. I have been justified because of Jesus. I have embraced His word as true, and I cannot nor will not let this society tell me to stop sharing it  and living it openly. I am not its slave.