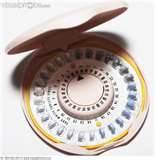 Now, it maybe that you are a new follower of Jesus and are working through what that all means, and you have not had the time to consider this issue. Or, maybe you have been a Christian for a while but never considered what God might think of abortion. So I encourage you to consider Psalm 139:13-17.

13 For you formed my inward parts; you knitted me together in my mother’s womb. 14 I praise you, for I am fearfully and wonderfully made. Wonderful are your works; my soul knows it very well. 15  My frame was not hidden from you, when I was being made in secret, intricately woven in the depths of the earth. 16 Your eyes saw my unformed substance; in your book were written, every one of them, the days that were formed for me, when as yet there was none of them. 17 How precious to me are your thoughts, O God! How vast is the sum of them!

There are other passages, but for time and space sake, I will not mention them in this post. But, according to Scripture, life begins at conception. God even told the prophet Jeremiah that before he was in the womb, God knew him. So, the Christian desiring to have the same view as God when it comes to life would be against abortion simply because it is terminating a life that God has created.

What does that have to do with birth control pills? Well, potentially a lot. While I personally hold the view that Christian married couples have the freedom to seek God’s will in their choice to use birth control or not, I do believe that certain means of birth control are clearly against God’s will simply due to the fact that they potentially cause fertilized eggs to not plant in the uterus, thus resulting in the termination of a life. Now, this happens unknowingly to the couple, since it would simply feel and occur like a normal menstrual cycle. But, if this is fact true, and much of the research done affirms that it is, then Christians should seek to avoid any means of birth control that are abortifacient (possibly allowing for fertilization yet then terminated with the woman’s monthly cycle).

“If a zygote (fertilized egg) is not a person, then it has no fundamental rights and there is essentially no debate concerning the possible link between birth control pills and abortion. There is strong indirect evidence of post-fertilization, or abortive, effects of hormonal birth control. If zygotes are people, and birth control pills do kill them, health professionals and the public, especially Christians, need to be informed about the situation.”[i]

The birth control pill has 3 levels of defense. Two prevent pregnancy, which is acceptable to Christians. But it is the third level which we should be most concerned about. The first purpose of the pill is to inhibit ovulation, which prevents the egg from being released, so it can’t be fertilized by the sperm. The second purpose of the pill is that it thickens the cervical mucus which makes it difficult for the sperm to reach the egg. But, the third purpose has to do with when the egg does get fertilized (a human life) because the first two purposes failed. It thins the lining of the uterus wall which does not allow the fertilized egg (a life according to Scripture) to implant, thus causing an abortion. Now the odds of this happening are not high (approx. 1 out of 100 women a year, when taken properly), but if Christians who are so committed to being pro-life, then having this even a rare chance should cause us to red-flag the pill.[ii] When I say red-flag, I really mean to quit using it altogether.

I think that many Christian married couples that currently use the birth control pill are simply not aware of this fact. Isabelle and I used the pill at the beginning of our marriage, but quit once we found out that we had possibly and unknowingly aborted a life God created. Personally, I think every Christian should do the same thing. There are other means of birth control that are not abortifacient. In other words, there are other means of birth control that prevent pregnancy, like the condom as well as natural methods. It might be that your conscience will not allow you to use birth control at all. If that is true, then don’t use it. That is an acceptable Christian view. It is just not the one I hold personally. The main thing is that we seek the Lord. Al Mohler has some great sources on his website about this issue. I encourage you to check them out.[iii]

For the guys: since I am one

Do not let the decision in your marriage on using the birth control pill be made based on your selfishness. With the pill, all the responsibility is on your wife. For us guys, that makes our life convenient. Be a man and make the decision based upon what God thinks of it, not your desire for pleasure and convenience. If you can voice your pro-life view in the church, then you should practice it in the bedroom.

In conclusion, do your research. To pre-judge this post before checking the references below would be a huge mistake. This is a really important issue since the birth control pill is the most widely prescribed drug in the world.[iv] We do not hear this talked about much in the church, but we are seeing more and more articles and books being written on the subject.[v] We evangelicals make silly mistakes sometimes. In reaction to the Catholic Church’s stance on contraception with their parishioners, we have simply avoided asking God what His view is on this subject. Our mistake is that we have taken the pill (pun intended) that society has given us without really asking any questions. I know it is hard to keep up on everything, but this is why we have the church. A group of people who are to be helping each other know and do God’s will. If you are not in a Bible-believing church, then get into one. The benefits go far beyond Christmas and Easter service. The church is to be a safe place where Christians can discuss sensitive issues like this to better understand what God thinks and desires. For the Christian, that is our goal.

Just a quick and final note: if you hear that your Christian friends are using the pill. Share with them in love. Do not judge. Honestly, most simply do not know how the pill works, and I believe, if they did (because they should desire to honor God with their body – 1 Corinthians 6), they would seriously consider stopping. As always, I would love to hear your comments.

[iii] http://www.albertmohler.com/category/topics/birth-control-topics/ I especially like the radio episode entitled “The Changing Minds of Contraception.”